The main mission for the ISS is research. Obviously space-related research is a common focus but it's much more than that. Research projects include biology, medical and pharmaceutical, meteorology, physics and more.

There are normally seven crew aboard the ISS. Crewmembers typically stay there for about six months at a time, with three or four crewmembers rotating every few months.

The station has been home to non-professional space flyers, including tourists and actors. This may continue in future as spaceflight becomes easier and cheaper. 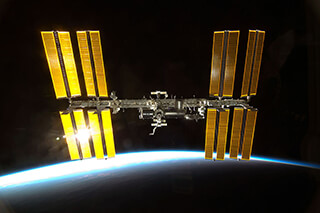