Falcon 9 is a medium-lift launch vehicle designed and manufactured by SpaceX in the USA. It is a partially reusable, two-stage-to-orbit rocket.

Falcon 9 is used to transport cargo, science material and humans to low Earth orbit. Customers include NASA and other government agencies, research organizations from the public and private sectors, businesses and recreational passengers. 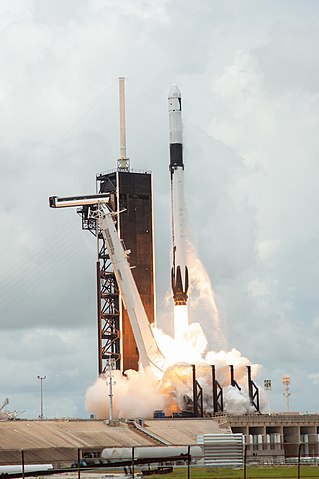 The first mention of Falcon 9 was in 2005 when SpaceX revealed plans to develop and launch the rocket by 2007. After some delays, the successful maiden launch occurred in 2010.

Falcon 9 was the first SpaceX vehicle to be partly funded by government money, beginning with the Commercial Orbital Transportation Services (COTS) program that ran from 2006 to 2013. This was at a time when commercial contracts were viewed with suspicion by many in the aerospace industry. SpaceX was under pressure from all sides - from critics, from those funding the program, and from the rest of the burgeoning "new space" industry. If Falcon 9 failed to deliver, it would cast a shadow over the entire sector.

Falcon 9 has since cemented a solid record of successful launches and is now a regular sight on the launchpad.