Rocket Lab is a spacecraft manufacturer and launch service provider with launch sites in New Zealand and the United States. Started in 2006 by Peter Beck as a privately-owned New Zealand company, it is now a public US company with a New Zealand subsidiary.

Rocket Lab's launch vehicle is called Electron. It's a small rocket at 18 meters (59 ft), catering to the small payload market.

As well as launching spacecraft, Rocket Lab also makes them. Photon is a configurable spacecraft used for everything from low Earth orbit to interplanetary missions. It uses an in-house developed engine called Curie, and flies as the Electron rocket's upper stage.

Launch Complex 1 is Rocket Lab's New Zealand launch site, located on the remote Mahia Peninsula on the east coast of the North Island. It launches rockets east across the Pacific Ocean. 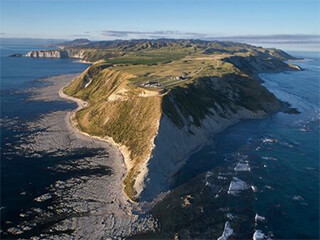 Launch Complex 2 is located at Wallops Island, Virginia, USA. The location was selected in 2018 and opened in 2019.[2][3] It is currently capable of supporting up to 12 missions per year[4].