Adaptive optics is a technology that enables astronomers to capture much clearer images with their telescopes. It works by using lasers to measure distortions in the atmosphere, then constantly altering the shape of the telescope mirror(s) to compensate.

Adaptive optics has been a game-changer for astronomy, allowing ground-based telescopes to record images comparable to space-based telescopes. Indeed, large telescopes on Earth can now equal or exceed the abilities of the Hubble Space Telescope. 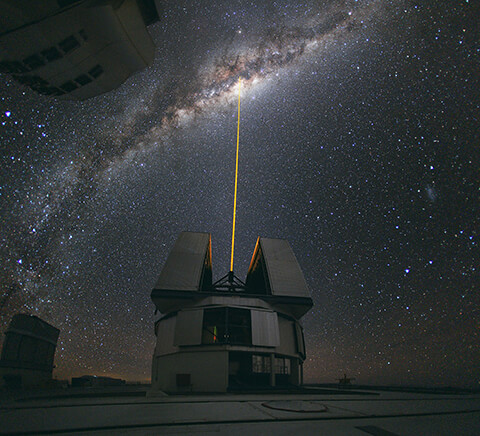