Aristarchus of Samos (310 BC – 230 BC), a Greek astronomer and mathematician, created the first known model of the Universe with the Sun at the center and planets in their correct order. Unfortunately he was almost universally ignored until the Renaissance.

He also calculated the relative sizes and distances of the Earth, Moon and Sun. His measurements were not accurate enough to be correct but his method was sound. 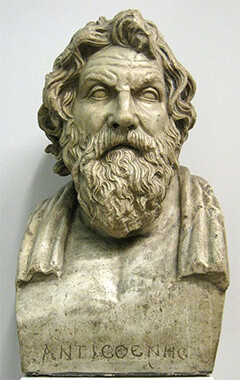 Aristarchus has a crater on the Moon named after him. In the image below, it's the large crater in the middle. 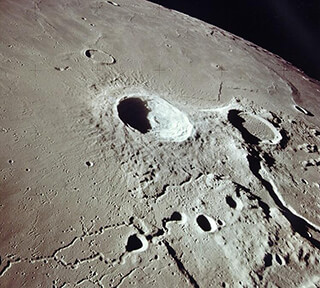