Low Res
Source: NASA
The Sun imaged at 304 angstrom. This light is emitted from the chromosphere and transition region.

This wavelength is useful for showing cooler dense plumes of plasma that occur above the Sun's visible surface. These plumes appear as filaments (streaks on the Sun's face) and/or prominences (extending out from the edges of the Sun). The brightest areas show where the plasma's density is highest.

Many of these features are invisible in other wavelengths, or appear as dark lines. 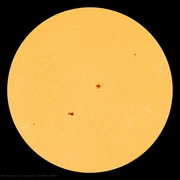 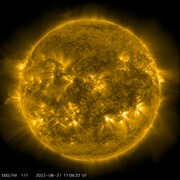 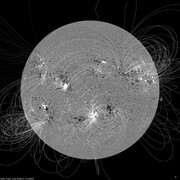 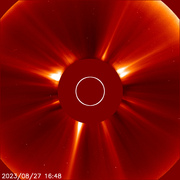